With Blazers needing one more win to secure promotion to division two the Kings knew this would be the toughest test yet. Gloucester got the first two points of the match which saw Reece attempt two free throws being unlucky on both. Reece then scored a quick four points for the Kings before Anthony added two more. The Blazers kept coming back though and that saw Reece adding a further two to end the quarter 8-10 in favour of the Blazers. The second quarter saw Blazers up the tempo slightly after scoring a swift four points, Reece made one out of two free throw attempts to add a further point. Blazers then scored six unanswered points and Reece once more replied with another two points. Joe then registered his first two points but the Blazers always had an answer with both sides playing very well. The half ended with Blazers on top 13-24.

Both sides came out strong with the Kings still firmly in the match. Again Blazers scored a swift four points before Joe replied for the Kings with two. Ryan then scored a free throw to add one more for the Kings. Blazers scored another six points on the bounce which saw Peter add his first two of the match to end the quarter at 18-38. Blazers once more were swiftly into their game scoring the first four points of the final quarter. Joe got the Kings up and running with their first two with the score at 20-42. Peter added one more from the free throw line for Kings who kept fighting. Kieran and Joe got the final four points of the match for the Kings who played another very good game versus the toughest opposition. The match ended 25-48 to the Blazers. On behalf of Thames Valley Kings we congratulate Blazers on promotion and good luck in division two! 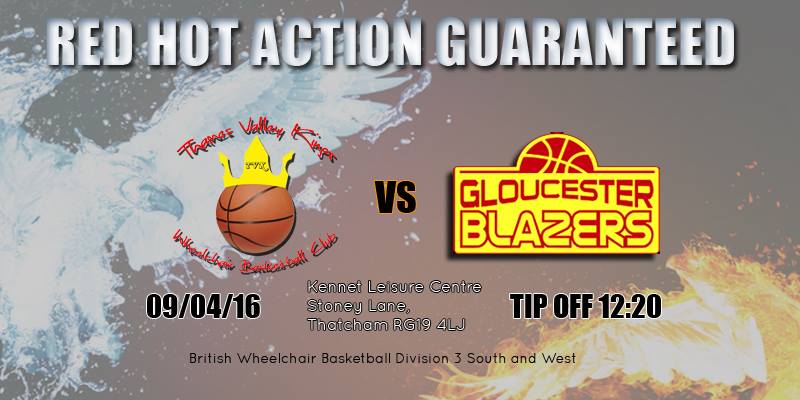 Kings next match is this Saturday away at the University of Gloucestershire, Oxstall Campus in Gloucester where they will face the Blazers - Tip off at 13:30 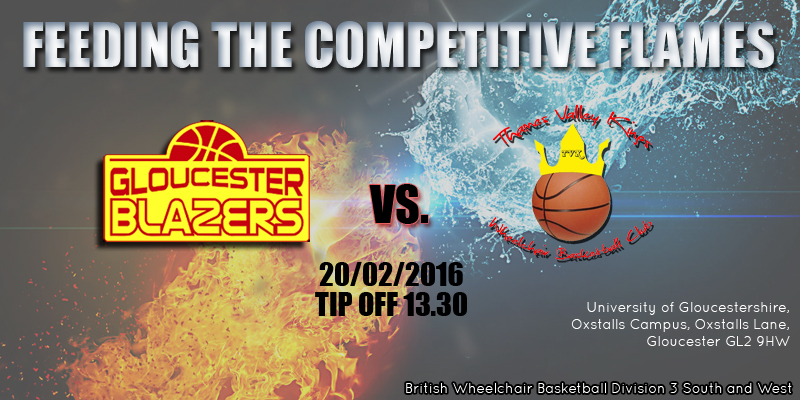