With the Final score of Kings 29 - Bears 45, Kings produced a better opening day result then they did last season and showed great promise for the season ahead.
This news post has been tagged in
Season | 2016 | 2017 | Division 3 | South | West | Div3S+W | Bears | Away | Warkwickshire Bears
Kings vs Warwickshire Bears Wheelchair Basketball Academy 2 on Sunday - Away
Posted on September 26 2016 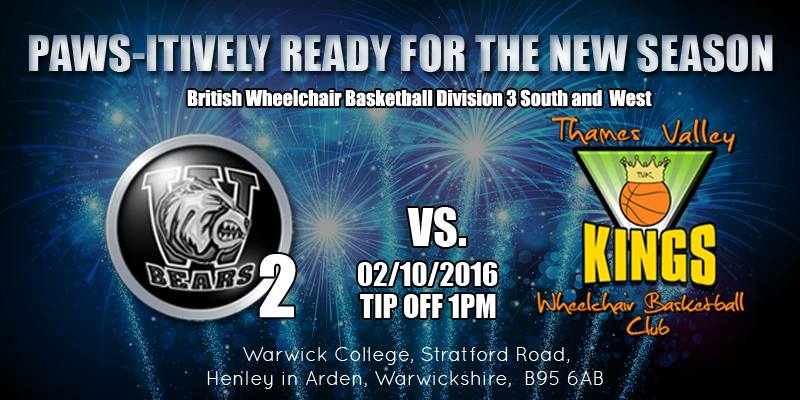 Already having played the bears at home, Kings knew what to expect for this game. The match started at a high intensity with the Bears scoring the first 6 points of the quarter. Kings then replied scoring their first 2 points through Brad and then 2 more through Reece. The Kings defence remained strong throughout with Bears only managing 2 more points in the last four minutes. That saw the first quarter end 8-4 to the Bears.

The second quarter saw a much improved Kings team both offensively and defensively. The bears did score the first 2 points but that was the only 2 points in eight minutes for them. The Kings consistent quarter saw Anthony add the first 2 points to the Kings total, baskets through Reece, Brad and Joe saw the Kings make a much deserved comeback with the bears only managing 4 points in the quarter. The quarter and first half ended 12-12 with it all to play for in the second half.

The Kings started the third quarter the strongest with Wayne scoring the first 2 points. The Bears then replied with 2 points of their own. Another 2 points from Reece then saw a much stronger Bears team come out and showed much improvement themselves scoring 12 unanswered points and were very strong defensively which saw Kings struggle to find the net again in the quarter. That saw the quarter end 26-16 to the Bears

The final quarter was again a very even battle. Kings scored first with 2 points through Joe which was the start of a very back and fourth quarter. Brad scored 2 more for the Kings with the bears also matching the baskets scored. 4 more points through Joe and Brad in the fifth minute saw a consistent quarter from the Kings but once more the Bears were matching the points scored. Joe added 1 more point from the free throw line which saw the game come to an end 38-25 to the Bears. A much improved game for the Kings from the last time they played the Bears with the score a lot closer.

This Sunday - January 10th, The Kings travel north bound as they are back on court against Warwickshire Bears at Warwick College in Henley-In-Arden - It all Tips off at 13:00 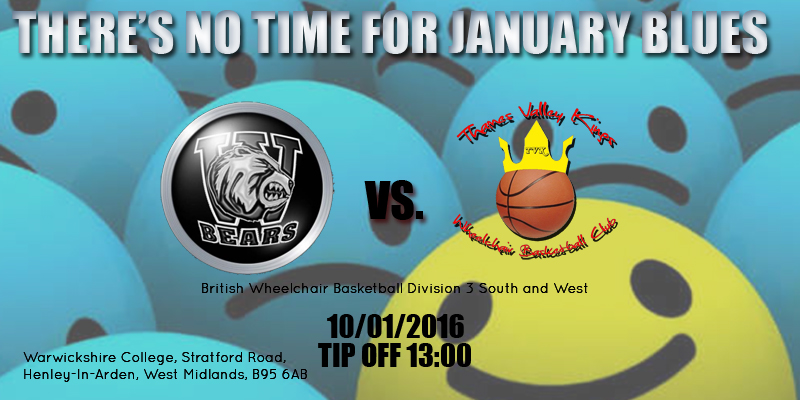 The first quarter of this exciting looking match saw a very strong start both offensively and defensively from the Warwickshire Bears with them taking a quick 4-0 lead in the first two minutes. Joe then added the Kings first point from the free throw line. The Warwickshire Bears continued their strong start but the Kings started the play with more intensity with Peter and Joe adding a further four points the Kings total. The first quarter ended 5 - 12.

The second quarter saw Warwickshire Bears continue their solid game plan with them scoring a further 15 points in the quarter. Kings struggled in the second quarter to find the net due to the opposition strong defence and therefore added two points through Brad in the last minute. That took the first half score to 7 - 27 with Warwickshire in front.

The third quarter saw a much improved Kings with the quarter being much more even. Joe got Kings first two points of the quarter with Brad adding two more. Warwickshire kept their scoring up but the Kings improved defensively keeping their points to a much more respectable total. That then saw Antony score four points in the last three minutes being his first baskets of the season adding to a very good individual performance. The quarter finished 8 - 11 and the game so far 15 - 38.

The final quarter saw another fairly even ten minutes with Wawickshire Bears scoring two more in the first minute. Peter then replied for the Kings with a point from the free throw line. The Warwickshire Bears continued scoring with a consistent game from them. The kings added a further two points from Joe and four from Peter bringing the game to an end with a score of 22 - 51 to Warwickshire Bears.

This Saturday, The Kings are back on court against Warwickshire Bears - It all Tips off at 12:20 and we hope you are pre-BEARed for the paws-eability of another high-octane encounter at Kennet Leisure Centre 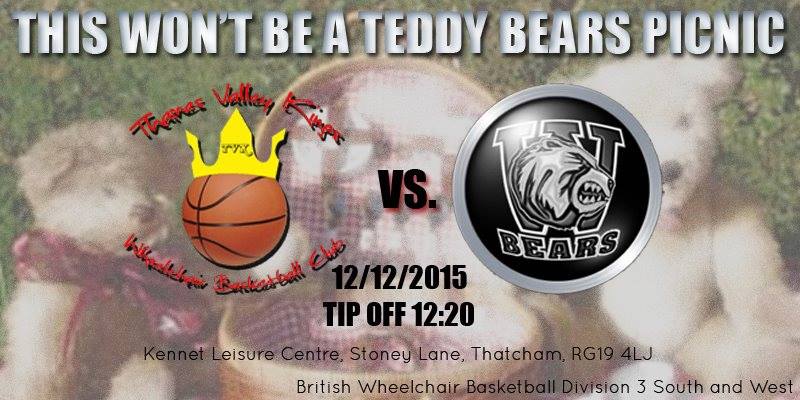